Why Active Interest Media Salvaged 14 Titles From the F+W Bankruptcy
Family Tree, which was also acquired by AIM during the auction, was resold to Yankee Publishing. 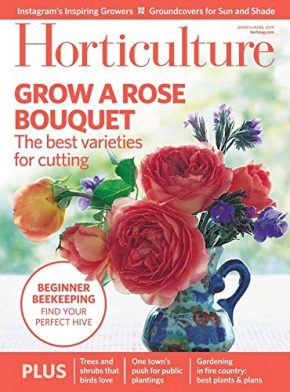 After F+W Media filed for chapter 11 bankruptcy protection and auctioned off its portfolio of 50 magazines earlier this year, Active Interest Media’s Cruz Bay Publishing placed the winning bids for 14 total brands across the Woodworking, Writing, Horticulture and Collectibles Groups, in order to extend its footprint within these enthusiast markets.

But months of an impending bankruptcy that led to numerous employees jumping ship, left the brands depleted by the time they ended up under the AIM roof. Asked which aspects of these brands need some work, Peter Miller, president of AIM’s Home Group, replied, “Everything. It’s a fixer-upper.”

“I don’t want to disparage anybody,” Miller continues, “but they’ve been walking on eggshells through a bankruptcy since March and a lot of their initiatives went on hold.”

“They are as core enthusiast as you can get,” AIM president and CEO Andy Clurman says. “These people are sort of beyond casual hobbyists, and that’s the essence of AIM. In some cases there’s overlap, like in woodworking and gardening, and we looked at the amount of overlap, but the majority of those audiences are complementary, not competitive.” 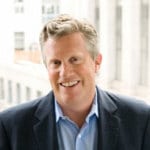 All of the newly added titles, including Writer’s Digest, Popular Woodworking and Horticulture, will now be housed under the Home Group, which is led by group president Peter Miller, and consists of 12 other brands including Woodsmith, Garden Gate and Log Home Living, as well as an e-learning platform, a conference series, a trade show and a woodworking OTT channel.

Confirming Folio:’s report from last month, Clurman says that AIM paid a total of $1,000,000 for Popular Woodworking, $200,000 for Writer’s Digest and $75,000 for Horticulture, as well as their respective digital properties, conferences and other platforms, and a total of $350,000 for the Collectibles group, which houses 11 brands, including Sports Collectors Digest and Antique Trader. 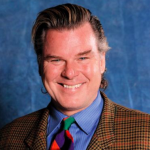 As part of the acquisition, all 67 staffers that are dedicated to the former F+W brands will remain on as AIM employees in their Cincinnati, Ohio and Steven’s Point, Wis. locations, and Ray Chelstowski, who formerly served as the number two group head at F+W, is joining the company to help manage the transition and maintain continuity.

Clurman explains that when AIM was considering which brands seemed like a logical fit for their portfolio, all of the 14 titles “checked every box” the company has for making an acquisition, and made for an “opportunistic move,” considering many of these brands had been on his radar in the past.

“We generally take a similar approach to all of our brands whether it’s about yoga or it’s about fishing, which is build this reputation and relationship with the audience through content, and then further monetize that through all kinds of services, like education and events. All that is already happening, or seems doable within the brands we acquired,” he says. “They’ve done a good job of diversifying those businesses and making them much more audience-centric and advertiser-centric.”

Clurman continues that going into the integration process, his strategy is two-fold starting with moving the brands safely over to AIM’s platforms and services with contracted vendors, as well as “figuring out what they really need in order to create a new normal.” Then step two is to do a strategic dive into the initiatives and opportunities had been sidelined during the bankruptcy.

Miller especially sees the expanded digital footprint as a huge addition to the Home Group, which, without accounting for duplication, has now more than doubled AIM’s reach in the woodworking space alone. He says that Popular Woodworking sees about 600,000 unique visitors per month, whereas Woodsmith sees 250,000. 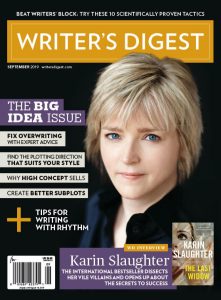 “They also have strong email lists and social platforms,” Miller says of the other brands. “The one that doesn’t really fit with the Home Group so well is Writer’s Digest [which boasts a list of 100,000 names], but what I’m learning about that audience is a lot of them are writers as an application, not a profession, so to the extent that they’re enthusiasts and writing is their hobby, then yeah, it’s a fit because we’re an enthusiast media company.”

The Collectibles Group, while consisting of more “niche-y” brands that have subscriber bases of under 20,000 and digital audiences of under 50,000, collectively still expand AIM into markets that it has never operated in before.

E-Learning, which is a recent focus of AIM, is also an appealing service that a few of the incoming titles possess for both Clurman and Miller, particularly for Popular Woodworking and Writer’s Digest, and to learn from each other, Miller says that three F+W staffers who had been dedicated to e-learning will be moving to AIM’s Boulder, Colo. office.

“They already do have a really strong e-learning platform, but most of the e-learning is for writers and woodworkers,” he says. “We have the e-learning already for architects, contractors, home restorationists, log and timber home buyers, so we put those two together, and one plus one equals three.”

As for print and subscription revenue, Miller doesn’t have any set plans at the moment for limiting the new brands’ frequencies or combining any of the titles, some of which have biweekly and weekly editions, compared to the existing Home Group’s highest frequency level of eight annual issues.

He also says that in buying Horticulture and Popular Woodworking, specifically, those titles have had more success with advertising and this will hopefully help AIM gain more traction with advertisers in the gardening and woodworking spaces—a revenue source that Garden Gate and Woodsmith only started experimenting with this year, but haven’t seen much success with yet.

But according to Miller, the brands in these categories avoid major overlaps with both content and service that could inhibit both subscriptions and ad sales. “Just a quick analysis tells us that [Popular Woodworking] is at about 125,000, [Woodsmith] is at about 125,000, 60% of which is duplicated, 40% is unique. So the woodworking subscriber audience grows by 40%.” And having recently launched a membership program for the woodworking audience, he expects that this 40% will serve as new customers for the membership. 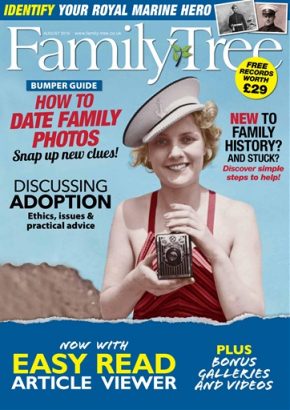 AIM was also the winning bidder of the genealogy publication Family Tree, but Clurman, who also serves on the board of New Hampshire-based Yankee Publishing, says that almost simultaneously with the auction closing, it had sold that title to Yankee, because he felt the company could better support it.

“Both Yankee and The Old Farmer’s Almanac [which are owned by Yankee Publishing] are publications that include history in their editorial coverage. Family Tree’s coverage of family history is a nice fit, therefore,” Jamie Trowbridge, president and CEO of Yankee Publishing, tells Folio:. “On the business side, Family Tree depends more on consumer revenue than on advertising. That’s the case for most of our brands.”

Though the terms of the deal between AIM and Yankee were not disclosed, AIM’s bid for Family Tree was $100,000. And when asked about the state of the magazine coming out of the bankruptcy, Trowbridge says that Family Tree’s print revenue held steady, but the online learning and e-commerce businesses require immediate attention, though he anticipates having them “back up to speed” by early fall.