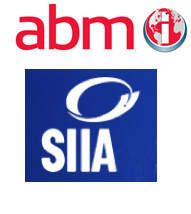 American Business Media is merging with the Software and Information Industry Association, ending 107 years of independence for the b-to-b media trade association. The merger was effective with a vote by the board last night.

The move, said ABM CEO Clark Pettit and Chairman Jeff Lapin, was initiated by SIIA and creates a much larger association that is better positioned to serve an emerging industry, rather than the one that existed in the past.

Update: While both association boards have unanimously approved
the merger, it is still subject to an ABM member vote, which will be
taken at ABM’s Annual Conference at the end of this month. A two-thirds
majority is needed for final approval.

“This was driven by our own strategic view of where the industry is going,” Pettit said. “Associations have to bring together the pieces of an industry needed to develop the business models of the future, and allow members to align with where their customers are going, not align the communities of the past.”

SIIA, based in Washington, D.C., was founded as the Software Publishers Association in 1984. In 1999, it merged with the Information Industry Association, and its membership includes both software developers and information providers such as Reed Elsevier, Pearson, McGraw-Hill and Scholastic and Thomson. It includes companies and entities that seem far afield from the ABM, such as the Stock Exchange of Thailand, TD Ameritrade, Kaplan Test Prep, Dell Software, Red Hat, the National Association of Electrical Distributors and Manufacturers Life Insurance.

But SIIA also includes companies well known in the ABM community, such as Advanstar and a host of vendors, some of whom might have become SIIA members through the merger of SIPA—the Specialized Information Publishers Association—with SIIA last fall.

As much as the merger represents a cold-eyed assessment of where the b-to-b media industry is going, it also is an indication that ABM was no longer viable as a standalone association, which in itself speaks volumes about the ongoing changes in media. The announcement comes one day after UBM’s Tech Group revealed a massive restructuring that included the complete abandonment of print media and layoffs said to number in the hundreds that affected editorial staff most acutely. “This could be the single biggest decimation of editorial resources in b-to-b history,” one source said yesterday.

Pettit himself acknowledged that ABM was in a difficult position. “Over the long term, ABM would not have been financially sustainable,” he said. “The industry doesn’t need less value from its association, they need more. You’re going to see more and more of this.”

Added Lapin, “You look at the convergence of business models and channels to reach our audiences, and what our customers are using, and it really dictates that ABM in the long term could not continue to do what it was doing. We are at an intersection of business information and data and technology. We wanted to get everyone in the same house in order to have some collaboration. We’re creating labs that create new business models of the future.”

Still, Pettit stressed, the ABM brand will remain as a unit of SIIA, and even as it integrates with SIIA’s Content Division, the ABM name will be retained. ABM staff is staying in place, and the New York office will be kept open. For the moment too, Pettit said, other things will remain the same: Dues, governance, structure. ABM events will continue as well, but ABM members will have access to all SIIA events.

Pettit said the merger is the result of 18 months of work by the ABM board and senior staff. SIIA, Pettit said, is very b-to-b focused. It has significant scale. It is financially rock solid and it has a shared view of the protection of intellectual property and b-to-b content, Pettit added.

“You try to create an industry model that reflects where the industry is going,” he said. “We firmly believe that associations need to lead their industries to the right model. We kept coming back to SIIA as the best option.”

SIIA, with about 750 total members (about 1,000 with the addition of ABM), has about 100 in the Content Division, one of six semi-standalone units. The others are Education, Software, Financial Information Services, Public Sector Innovation and SIPA.

Pettit himself will be guiding the integration of ABM into the Content Division through September and evaluate next steps at that point.