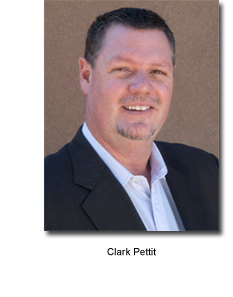 Shortly after the merger of ABM into the Software & Information Industry Association, president and CEO Clark Pettit and CFO, general manager Todd Hittle both indicated they would not be staying with the organization. The two executives will, in fact, be leaving their posts at the end of September. In the meantime, ABM and SIIA have been interviewing for a new managing director, not a CEO, to run the ABM division, and the organizations are close to selecting a final candidate.

A replacement for Hittle will not be hired, says SIIA president Ken Wasch, who says that those responsibilities will be taken over by SIIA’s existing CFO. And Claudia Flowers, ABM’s vice president of recruitment and retention, has independently decided to leave ABM to take a position with another association.

Wasch says former ABM staffer Lauren Gabriele will be filling Flowers’ position on an interim basis until a permanent replacement is found.

Matt Kinsman, ABM’s vice president of content and programming, is staying with the group.

"Their departures were all part of negotiations around the merger," says a source with knowledge of the transition process. "Todd wants to get back to the for-profit world, and his job—as is the case with many CFOs in mergers—became redundant. And, for Clark, a divisional director job was never the career path that he envisioned for himself."

ABM/SIIA has secured the Howard-Sloan-Koller executive recruitment firm to help hire the new managing director, and the hiring committee, made up of ABM Board members and other organization executives, has narrowed down the field to three finalists who will undergo in-person interviews next week, says Wasch.

All three candidates come from within the b-to-b media industry. This is a key point—having a new leader who the membership is familiar with will help smooth the transition.

Wasch says post-merger ABM membership renewals have hit 96 percent, a signal that SIIA’s voiced commitment to preserving the group’s culture and history has been accepted. "I believe in the ‘Cheers bar’ of association management," says Wasch. "You want to walk into a room and know everyone."

The ABM MD position will be a key leadership role, not just an operational one, says Wasch. "We’re not looking for an operational person. We want a leader who’s implementing programs across the divisions."