3 Predictions for Magazine Media in 2019
After coming off a relatively stable year, what lies ahead for the industry? 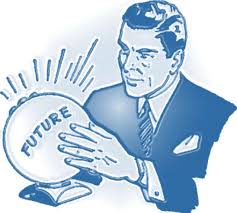 Last year, I thought it’d be a good idea to make a few predictions about what to expect in the coming year. Given the fact that I didn’t embarrass myself, I thought I’d do it again this year.

I won’t get into the weeds on what I said in 2018, or how accurate I was (links above, so see for yourself). What I will say is last year was a relatively stable one for the industry as a whole. We saw M&A activity that illustrated value in the marketplace. We saw a lot of innovation, beyond just digital. We saw continued growth in events. But, we also saw some storied brands essentially throw in the towel on print, which reminded everyone that the industry was still in the process of a massive repositioning effort.

Repositioning isn’t necessarily a bad thing, especially when it’s for the sake of progress. And I definitely think there was a lot of progress in 2018. In some instances publishers actually leaned into print, by rethinking what it should be, and by recognizing new benchmarks for success. Still, it wasn’t print—for better or worse—that was the story of last year. It was data.

Publishers are getting extremely smart thanks to data, an area B2B was prime to capitalize on, thanks to the segment’s fundamental business model that cultivates and nurtures leads and delivers high-quality audiences. But as we reported, consumer publishers are in on the trend too, are investing heavily and have bought into the idea that data is where it’s at. This will only help the long-term success of magazine media, but of course, it comes with some caveats, which I will get to later.

Anyway, let’s get into this year’s predictions. But before I do, I want to first make this general statement: I don’t foresee any sort of industry-wide destabilization. However, that doesn’t mean there won’t be more bad news that includes layoffs, brand closures and all the other things that make us cringe. It’s the nature of business, especially one in such a transformative period.

So keeping that in mind, here we go.

So when I say old, I mean less than 30 years old in a couple instances, and when I say new, I mean, not really new but reinvigorated. And the what? Well it’s a mix of things that include email, SEO and good storytelling.

With all the digital innovation over the past few decades, email remains king. It continues to be the best touch point a marketer has, and is an endorsement of loyalty to a publishing brand. Yet, in the past couple years we have seen more emphasis placed on this channel for marketing conversions and content distribution. Expect to hear a lot more about email this year, and how publishers are optimizing it to yield big returns.

Publishers are bullish on SEO, so I believe it will contribute to even more traffic in 2019, which of course means more revenue potential for publishers.

Finally, the oldest of the “new” things: good storytelling. It’s fundamental to what we all do, whether you’re an editor or marketer. Let’s be frank; content is now a commodity, but good content is not.

Perhaps it’s optimism, but I think in 2019 we will see publishers putting even more emphasis on content that differentiates theirs from a deep sea of clickbait. Even though scale is what advertisers ultimately seek, the ROI is considerably better when aligning a brand with a quality content product that reaches a quality audience. 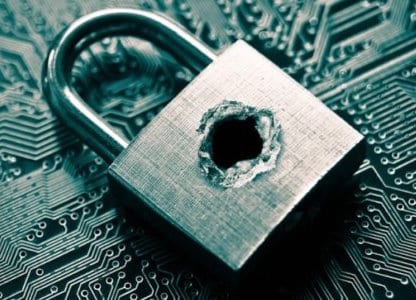 I said I would get back to data later. It’s later. The biggest challenge that has, and will continue to test data as product or strategy is safety. Data safety is a complicated topic, and one that was front and center last year, from GDPR regulations to the debacle at Facebook, and countless other databases around the world that were compromised, data safety became a growing concern for all of us. And when I say all of us, I mean literally everyone who is on the grid.

Here’s the thing; earning the trust of your consumers and ensuring their sensitive information is safe is obviously critical, but it’s up to you to actually make sure that it is. Easier said than done though. Ask Mark Zuckerberg.

This year, and probably the next several years, we will all be focusing on creating safer environments for data. Until then, data will continue to be a frontier land, rife with opportunity… and danger.

3. Look out for social misfits

Speaking of frontier lands, let’s talk about social media. The attitude towards social media has certainly changed over the past couple years. It was a beacon of hope for most media companies less than five years ago. Times have changed.

The term “frenemies” became a buzzword, rather than slang when talking about the relationship between media and massive tech companies like Facebook and Google. In fact, media critic Ken Auletta even used it for the title of his book last year.

This was bound to happen. After all, publishers were creating engaging content, but platforms like Facebook were perceived to be taking a larger cut than deserved when distributing it. Still, it’s undeniable that social channels were also offering increased scale for publishers. That is, before they kept tweaking their algorithms.

So now there are reasonable questions about where we go from here. I don’t expect some sort of mass exodus away from social media this year, or next. But I also don’t expect publishers to invest heavily into social media this year or next. There’s too much uncertainty in the stability of all the networks and there’s too much upside in investing in areas like data, search and owned and operated platforms.

So what’s the prediction then? I foresee the continued lack in enthusiasm towards social media across the industry leading to a proactive response from the platforms themselves. Zuckerberg has already pledged an investment of $300 million to help support journalism. I wouldn’t be surprised if we saw similar initiatives from Twitter, Snapchat and the rest. At the end of the day, they need us. And let’s face it, we kind of need them. But proceed with caution.

One of the bright spots in print we’ve seen over the past several years is the success established brands have had when they extended into print. From earlier examples like Oprah and Rachael Ray, to more recent examples like The Magnolia Journal and The Pioneer Woman, this formula works.

I have a hunch we will see one of these sorts of launches this year. Who or what brand will launch a magazine? Think about it and let me know. The most educated guess will require looking at a brand that’s already thriving on TV, digital and other places like retail. Although I am yet to posit my own guess, I will bet that if it indeed happens, Hearst or Meredith will be behind it, since they seem to like this strategy a lot.