As for-profit publishers re-assess their business model (and the role of print within it), so are association publishers reviewing their role in the overall context of the parent organization and how they’re best reaching the membership.

FOLIO:’s fourth annual Association Publishing Survey, conducted by Readex Research, finds association publishers adapting to the new market realities of publishing but also struggling with the age-old dilemma of being part of a broader organization that often doesn’t prioritize the magazine’s mission over fundraising. 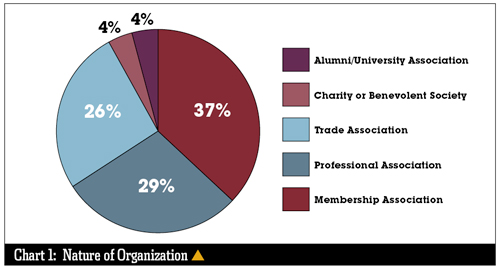 The majority of respondents to the 2009 FOLIO: Association Publishing Survey are from charity or benevolent organizations (37 percent), followed by professional associations (29 percent) and trade associations (26 percent).

Most respondents (25 percent) said they offer between five to nine different publications, with 14 percent publishing 20 or more. 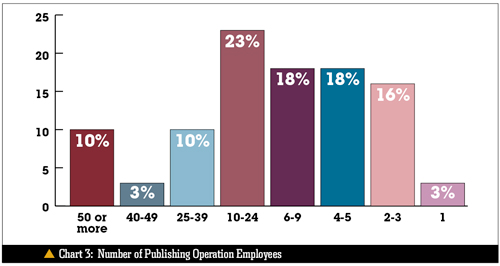 Joe Rominiecki, newsletter editor for the American Society of Association Executives, was named to the 2009 FOLIO: 40 recognizing outstanding achievements in publishing for developing a successful formula for gauging how readers respond to newsletters and how he can boost that response with future issues. Rominiecki rebranded each of the newsletters online with their own color scheme and added more links to related publications. Perhaps most important, he created links on the newsletters so readers could easily toggle back to the ASAE’s main Web site.

In January 2008, he integrated an open rate and click-through tracking system, which has garnered more than 30,000 names. “We didn’t know what [information] was grabbing their attention and having simple numbers gave us the ability to react better,” Rominiecki says. 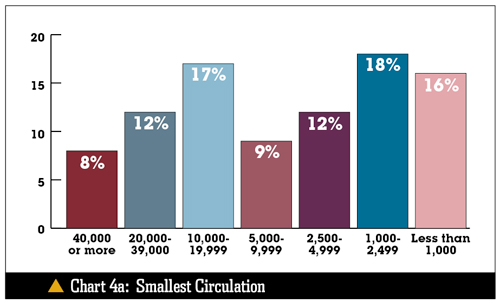 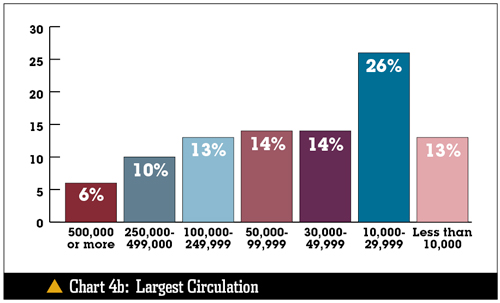 The strategy seems to be working; the average newsletter clickthrough rate for the American Society of Association Executives is 33 percent, whereas the association industry average is around 19 percent.

When it comes to the percentage of revenue driven by association publications, both larger and smaller member organization saw a similar split [Chart 5]. The majority of respondents with more than 25,000 members (31 percent) and those with less than 25,000 members (25 percent) saw between 10 percent and 24 percent of overall association revenue coming from their publications. 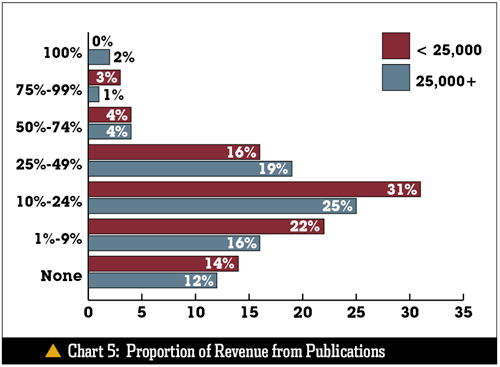 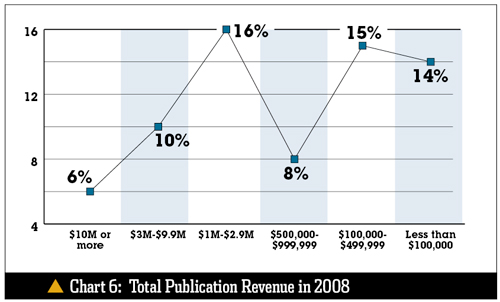 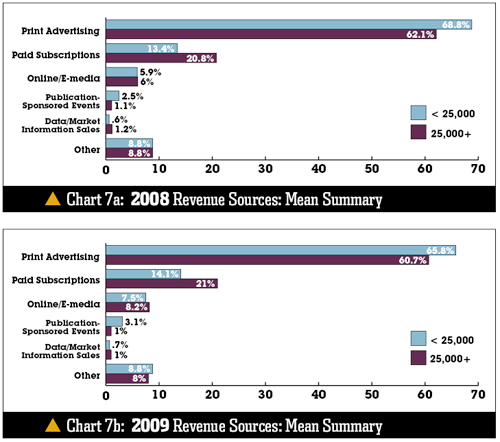 Association publishers are facing six key elements that are changing their roles as publishers, according to Rebecca Rolfes, executive vice president of new business development at Imagination Publishing.

They include nichification (“people want more and more of less and less”), speed (“associations are not noted for their speed or flexibility”), peer-to-peer (“historically associations have controlled the message—now they are no longer in control”), data (“search engines are struggling with the amount of data out there and one-to-one databases are key”) and sophisticated governance (“more boards are based on competence rather than tenure”). 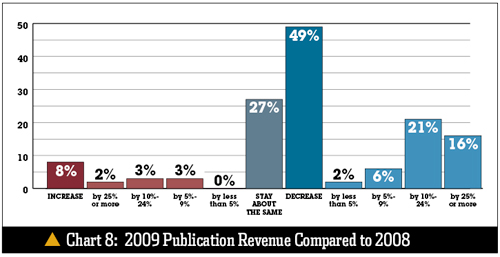 Like their for-profit peers, some association publishers are considering going online-only.

Imagination client IPC is an association serving the global electronics market, which in recent years grew globally but fell apart in the U.S. With 2,600 global members spread throughout the supply chain, IPC felt its print products, including a magazine called Review, weren’t connecting with the right audience—and with 7,000 subscribers, the association felt selling advertising wasn’t worth the trouble.

In 2007, Imagination suggested a radical step: cease publication of the print product and go Web-only.

The first step was an overhaul of the Web site by placing content at the top of the site. “Previously there had been bad use of vertical space—there was far too much valuable information too far down the page,” said Rolfes. Current content is open to anyone but archives are available only to members. 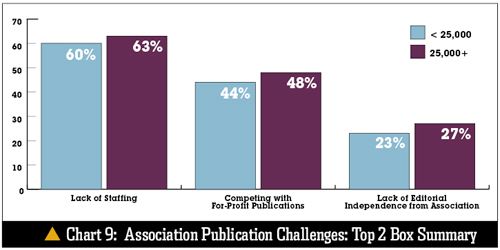 The site now produces two 600-to-800 word features per week, as well as podcasts and slideshows. A quarterly e-blast promotes rich media features in English and Chinese. While that doesn’t sound like much to most for-profit publishers ramping up their Web sites, it appeals to the international crowd. IPC.org produces its content in English, and with the help of an office based in China, offers fulls translation in Mandarin.

Since the relaunch, IPC.org has seen the number of visitors grow by 43 percent while the number of individual visits has doubled. Visit duration is up 15 percent to more than 11 minutes per session.